It's Been a While

Even without attending GDC, PAX, or any other games events, March still managed to be a wild one this year. I haven't been updating my blog at the frequency I intended to, so I decided to lump all of March's ongoings into a single post.

At the beginning of the month, I re-released Tincan 2 and wrote about what I fixed in the game, to celebrate 11 years since I first started making games. It's still using Flash, since I mainly just wanted to update the existing game. An HTML5 port might happen someday if I can find the time and motivation! For now, I'm happy with this.

I've been working on a small set of mobiles games for a client. HTML5 is the technology I'm using since I have no prior iOS experience, and I decided to use the opportunity to write a custom 2D HTML5 game engine.

Right now it's tailored to the project, but I might make it more general and release it to the public at some point. Currently it's rendering using the Canvas API, which I hope to switch to WebGL towards the end of the project to get the extra hardware-accelerated performance it provides.

Pixel Together at Pixelation Jam 2019

Dan Fessler reached out on March 22nd to see if I'd be down for a super quick (read: two days) jam on a project to create a real-time, collaborative pixel art canvas for the annual Pixelation Jam. We pumped out a crude, but working, version for this year, and are planning on expanding it with more functionality for next year. Here's a picture of the canvas up on a projector at the jam. 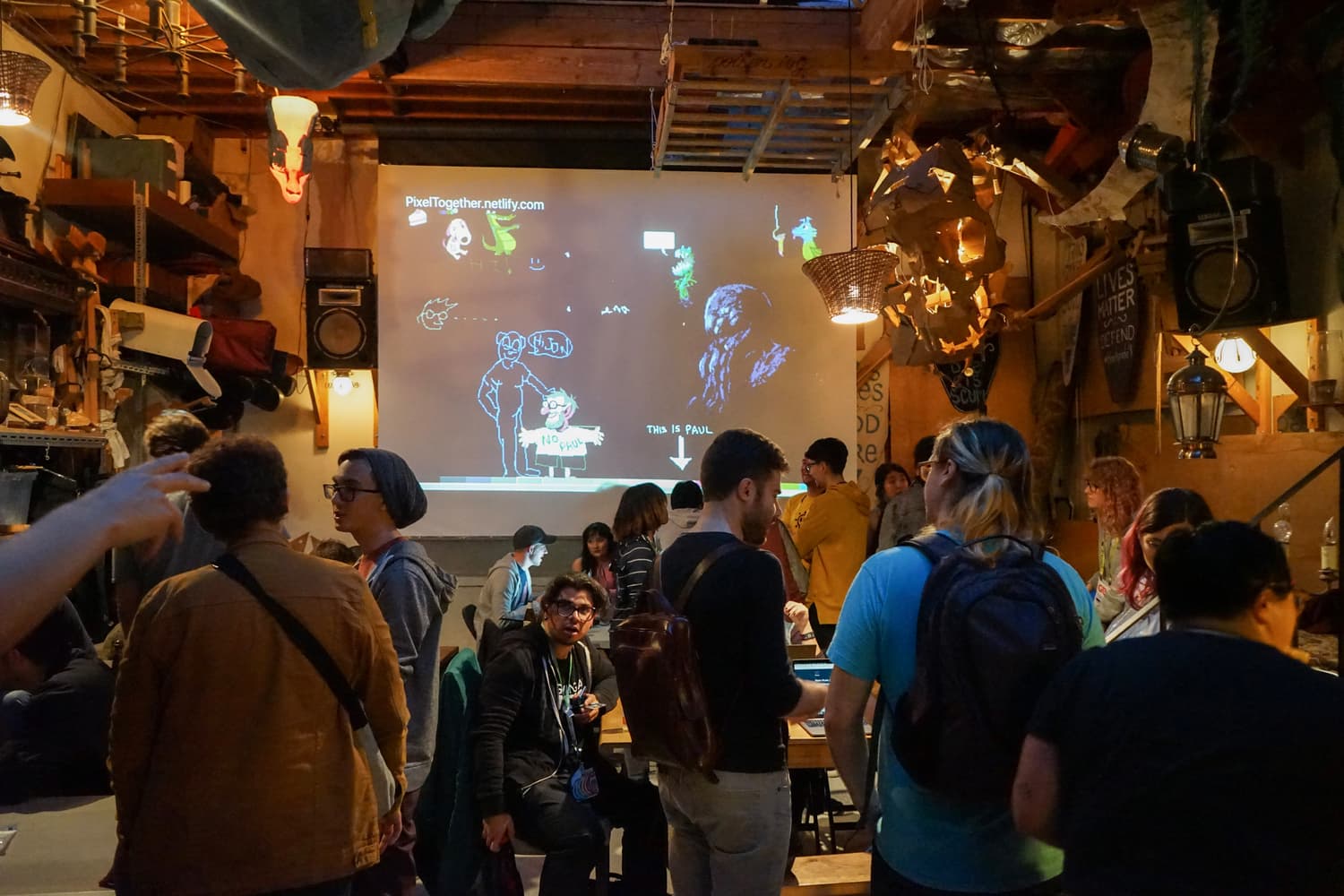 How cool is that? Thanks to Devin Horsman for the photo! Check out more in his tweet and the attached Lightroom album link.

Here's what the canvas looked like at the end of the night.

I'm stoked that the server stayed up the entire time and didn't crash or have any problems during the art jam. For something made in 2 days, I'm surprised there were no snags.

Tools programming was an interest of mine back in 2014, and recently I wanted to get back into it. After nearly five years of not looking at a single line of WPF code, starting up again doesn't seem as simple as creating a new project and quickly iterating on features. I considered watching tutorials, but decided to pick up a copy of WPF 4.5 Unleashed, written by Adam Nathan, a former Microsoft employee who has been working with WPF since it began development.

April is by no means trying to be less busy than March. Tomorrow I fly out to the Bay Area for an on-site interview, and when I come back, I have a few days before I fly out to Toronto to visit Ian Jones. By the time I return to Minnesota, I should have heard back from the companies I'm interviewing with, and will be packing up and moving.